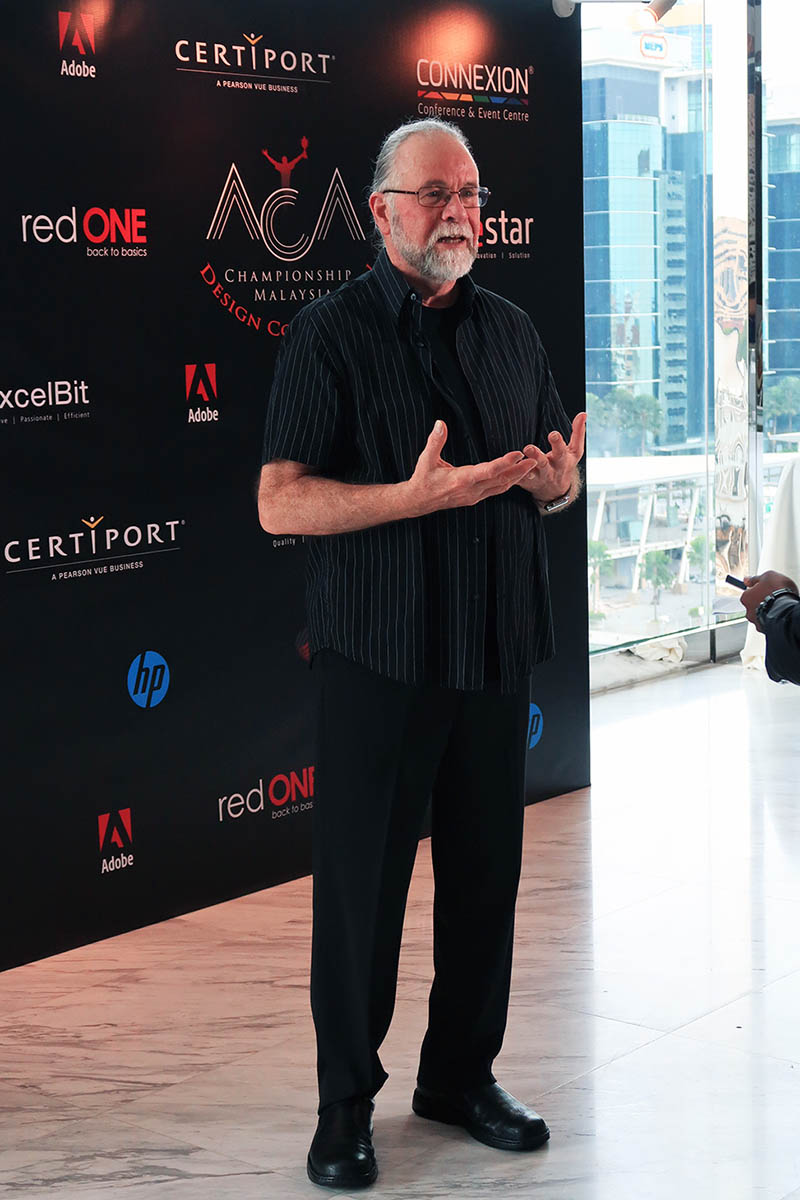 Lecture from SEA Connect 2017. As he puts it, he was the guy that learned Photoshop before it’s called that, and has been guiding its development since. He was quite proud to point out the Grass and Maple brushes in the Brushes set: “That’s my brush.” 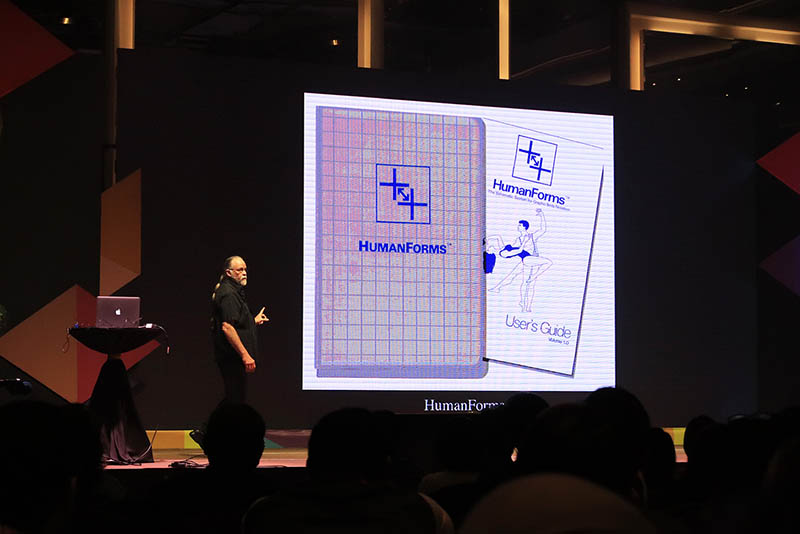 The history talk was fascinating as he was telling it as he lived it. Here, upon discovering the Mac, he created a Clip-Art like package of human parts. 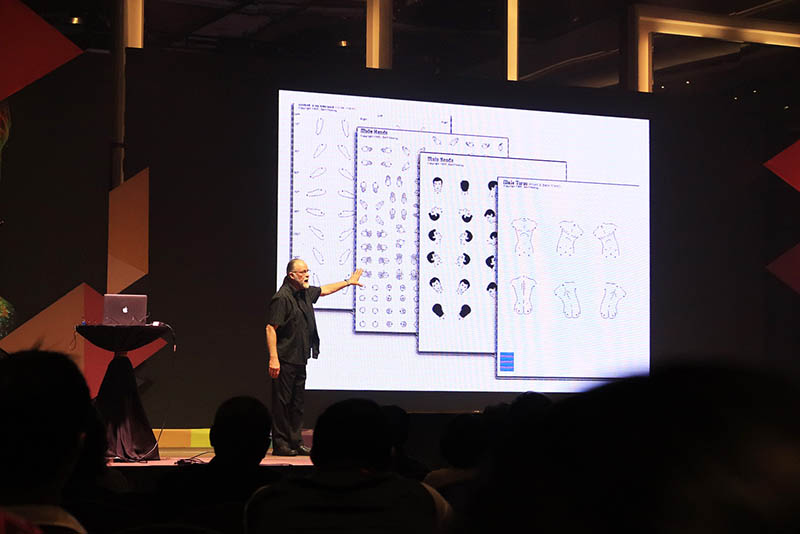 Each part comes with an X, indicating where other parts should connect to it. This could easily a proto-bone-animation-setup. 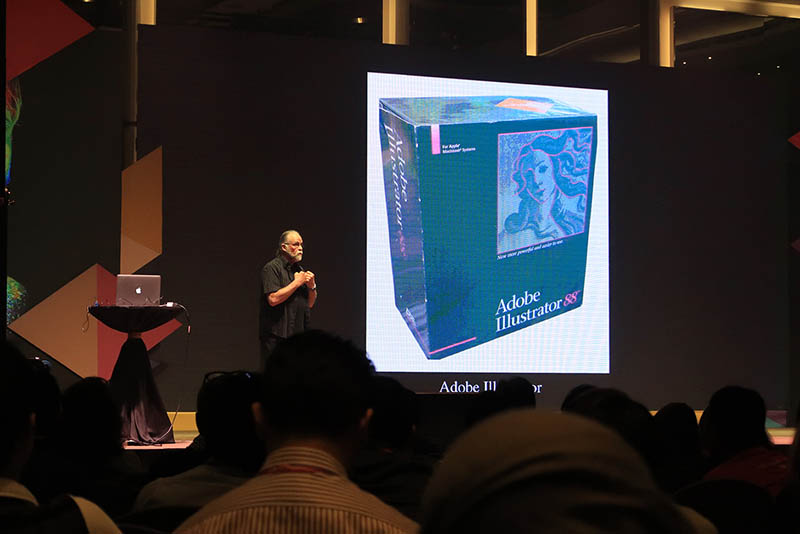 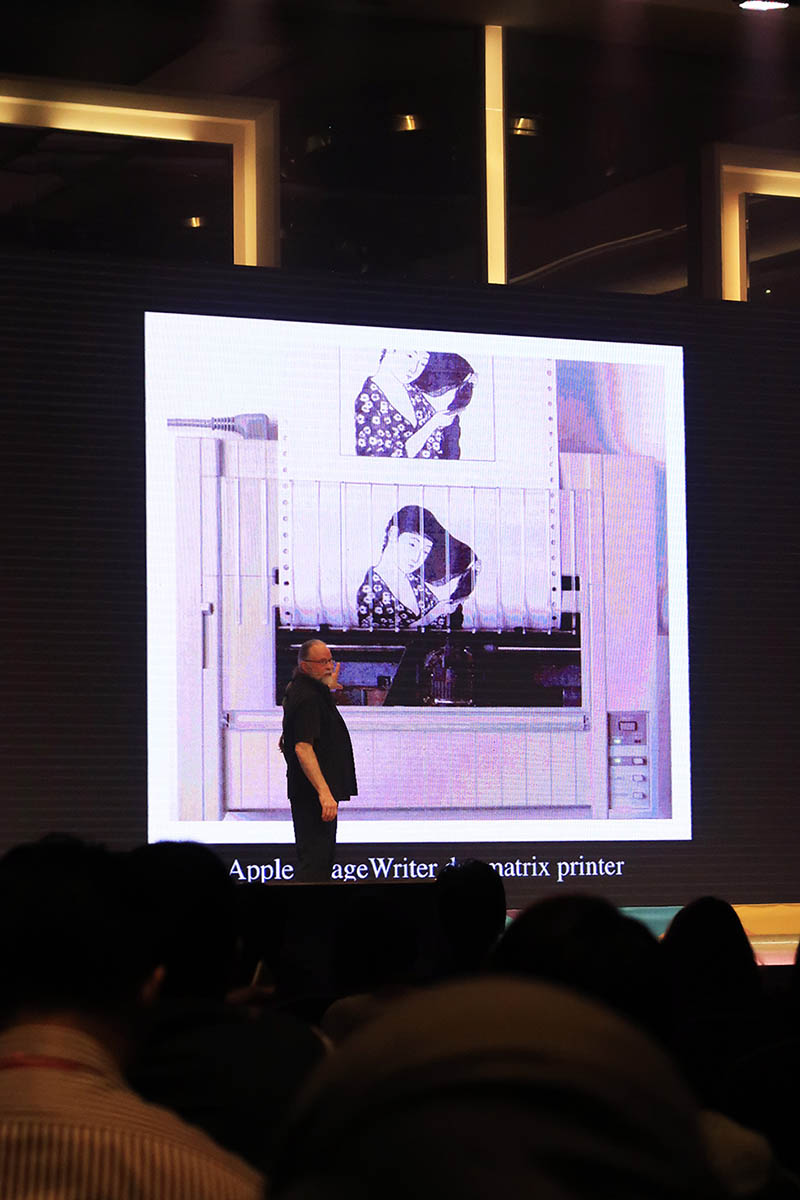 Not the earliest scanner, but early enough. It’s a replacement printer head that turns the ye olde printer into a scanner. 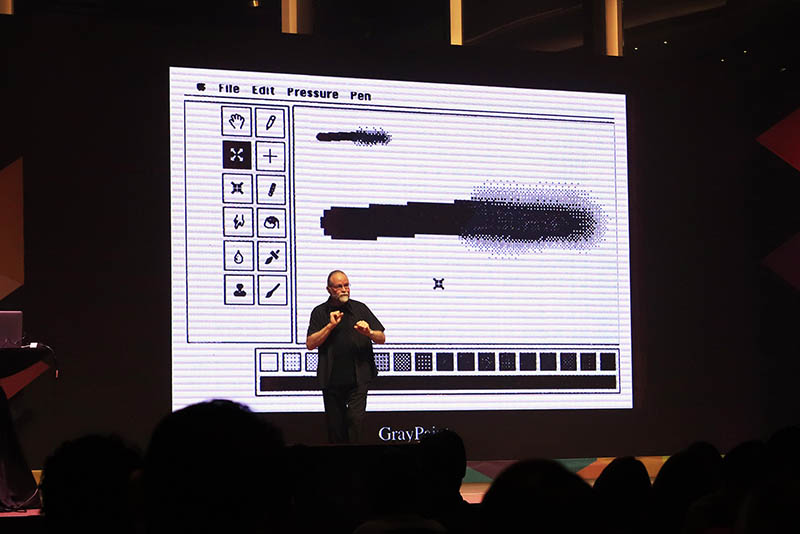 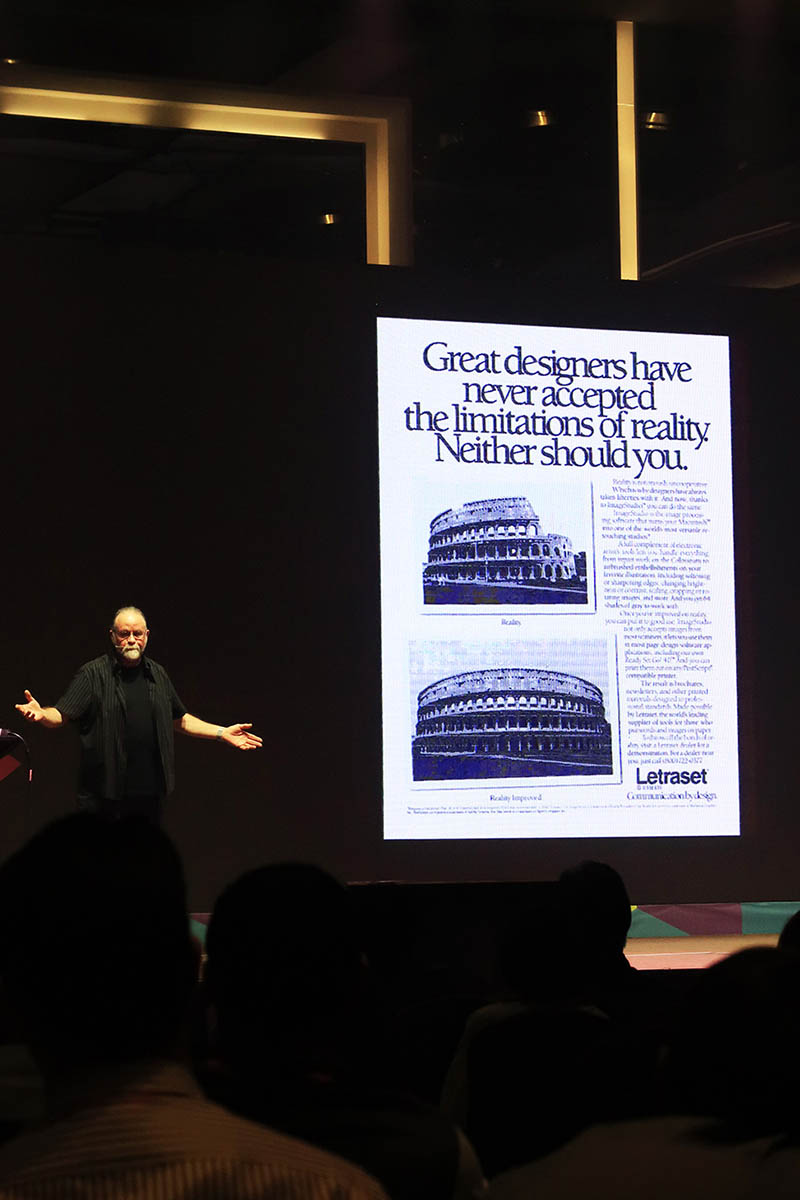 He could do the digital editing in 2 hours. But he ended up doing it longer because the people around him were so impressed they keep asking him to repeat the process just to see it. 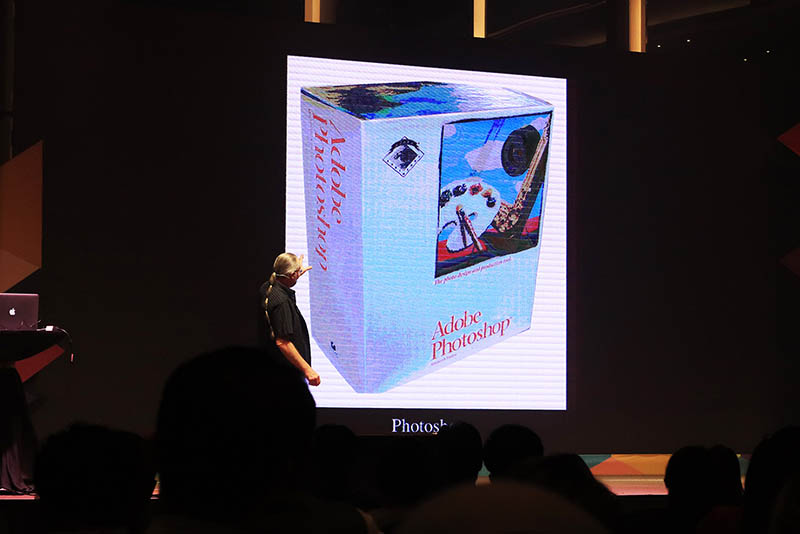 The original Photoshop box. Painter was more impressive; it was sold in an actual paint can. 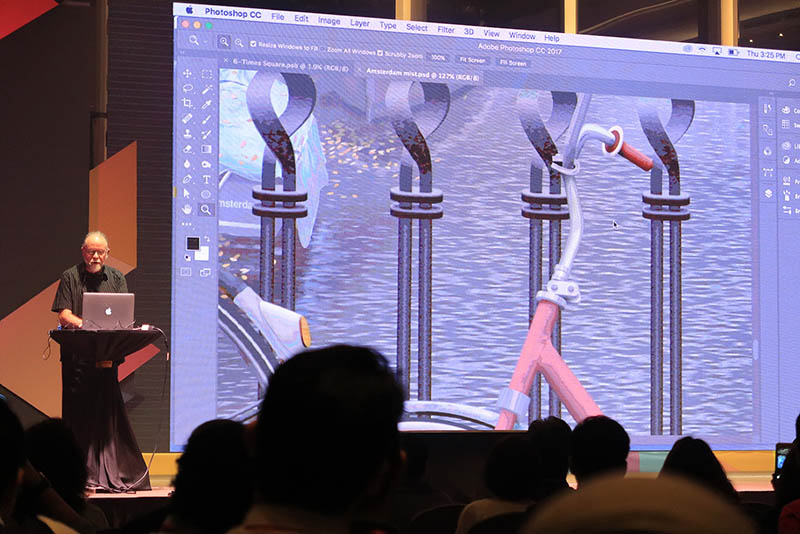 A close-up to Amsterdam Mist from here:http://www.bertmonroy.com/

His unique take was to go hyper-real and add insane amount of detail at any place one can zoom. 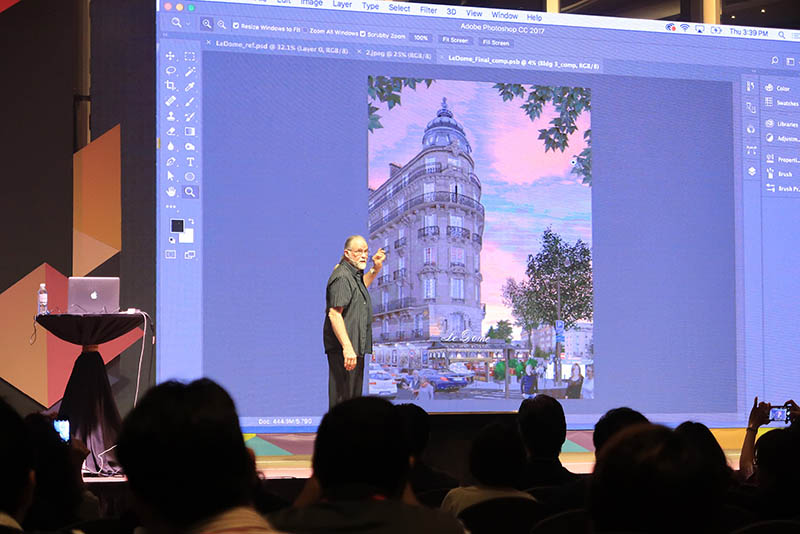 The hyper-real of a scene in Paris, which he did because he wanted a better memory of a place he saw compared to what he got on photo. 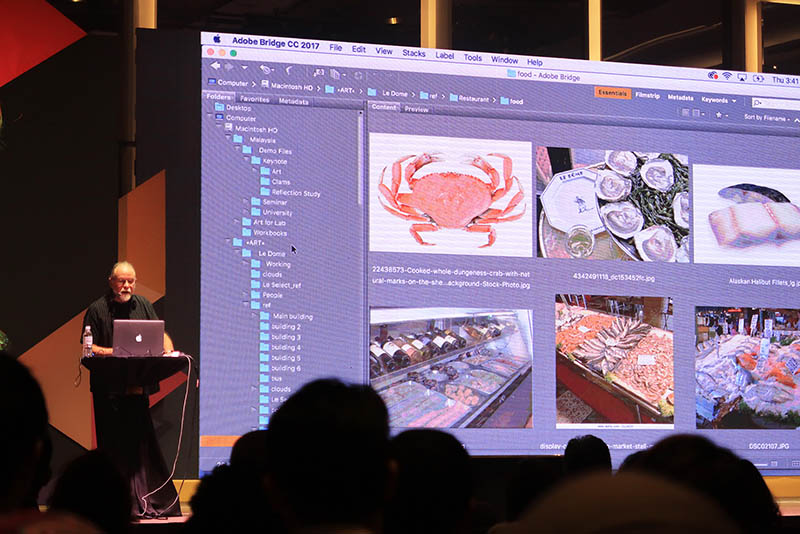 Demonstrating the references he used for one zoomed-in portions.

He exclaimed the crowd seems very excitable at this point. Well, yes, he was showing food. 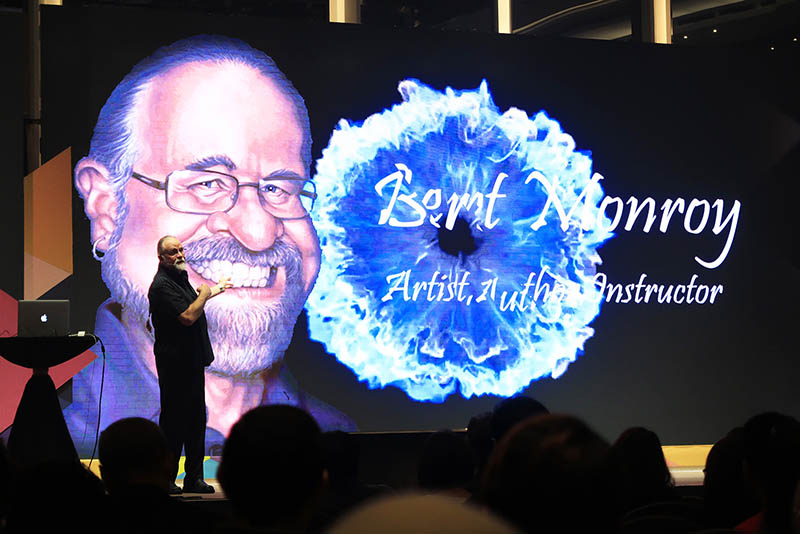